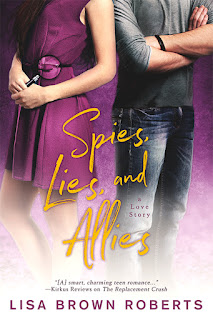 i thought the espionage was of the political/international variety based on the title, but it's corporate espionage. mainly because i did not read the blurb very closely. laurel kristoff pesters her dad into letting her work at his company for the summer. she sees his corporate life as the evil empire that keeps her dad too busy to be there for her. and she totally has a point.

laurel is constantly battling off assumptions of entitlement and being immature, even though she is neither of these things in her narration. i found her to be totally relatable and a character to root for. i was very much #teamlaurel throughout this story. and #teamlaurelandcarlos too.

i really enjoyed how the main conflicts in the story were resolved. and as a summer YA spies, lies and allies should totally hit the spot.

**spies, lies and allies published on may 1, 2018. i received an advance reader copy courtesy of netgalley/entangled publishing (entangled teen). keep reading for more info on the book. 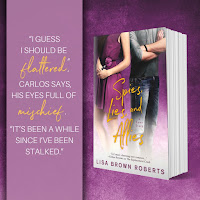 Summers are supposed to be fun, right? Not mine. I’ve got a job at my dad’s company, which is sponsoring a college scholarship competition. I just found out that, in addition to my job assisting the competing interns, I’m supposed to vote for the winner. Totally not what I signed up for.

My boss is running the competition like it’s an episode of Survivor. Then there’s Carlos, who is, well, very distracting––in a good way. But I can’t even think about him like that because fraternizing on the job means instant disqualification for the intern involved.

As if that’s not enough, an anonymous informant with insider intel is trying to sabotage my dad’s company on social media...and I’m afraid it's working.

Much as I’d love to quit, I can’t. Kristoffs Never Quit is our family motto. I just hope there’s more than one survivor by the end of this summer.

“Let’s see where helping me on my project falls on this list.” Carlos picks up a pen and clicks it, eyeing me from underneath ridiculously long lashes.

Cautiously, I take a tiny step toward his desk so I can read the list.

“Number three.” I point to the napkin. “Teamwork.”

He nods and underlines the word. I notice he’s added numbers six through ten. Nothing is written next to those numbers, except for ten, next to which he’s drawn a smiley face.

“What’s that for?” I point to the smiley face. He leans back in his desk chair and grins up at me. 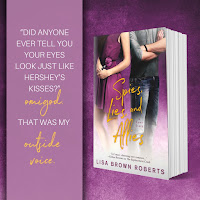 My heart throbs in my chest and my imagination is off and running, fantasizing about number ten.

Carlos points to number five: nicknames. “I think this is where we left off at lunch.” He clicks his pen repeatedly and I resist the urge to snatch it out of his hand. “I’d prefer not to be nicknamed for a pasta, but I gave you a cereal nickname, so…” He shrugs but keeps his eyes on mine.

He bites his bottom lip, and I have no trouble picturing what will make me “smiley face” if we ever make it to number ten. Also, I’m pretty sure he’s a mind reader because his gaze drifts down to my lips, then back up to my eyes.

“The Manicotti. Who is it?” He glances across the room. “Elijah? He can be sort of cheesy.”

My mind analyzes his words, sliding them around like one of those puzzles where you have to move a string through twisted metal. And then it clicks.

“You read my notebook! You’re the one who—” Panic zings through me as I remember what I wrote about him, Carlos is trouble, and his editorial comment, True. Is Carlos adorable?

Apparently I’m not the only spy around here.

“Why’d you pick this desk?” I’m desperate to change the subject.

“But it’s better by the windows.”

“Depends on which view we’re talking about.” He gives me a cryptic smile, one that makes my stomach dip. “Anyway, I saved your notebook. You’re lucky no one else read your notes.”

Mortified and defiant, I cross my arms over my chest. “You didn’t have to read it. You could’ve just returned it.”

“I was just checking to make sure you’d listed all of Mr. Mantoni’s rules.”

Across the room, Elijah stands up and stretches. He glances at us, an amused smirk twisting his lips like he knows something I don’t.

His responding grin packs more heat than it should.

“I think we’ve gone off track.” I’m proud of how calm I sound, even though my nerve endings are exploding like firecrackers. 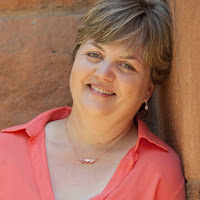 Award-winning romance author Lisa Brown Roberts still hasn’t recovered from the teenage catastrophes of tweezing off both eyebrows, or that time she crashed her car into a tree while trying to impress a guy. It’s no wonder she loves to write romantic comedies.

Lisa’s books have earned praise from Kirkus Reviews, Publishers Weekly, and the School Library Journal. She lives in Colorado with her family, in which pets outnumber people. Connect with Lisa at www.lisabrownroberts.com. 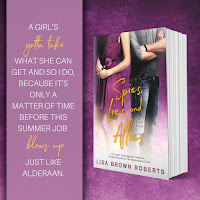 Signed copy of Spies, Lies, and Allies + some spy-related swag
a Rafflecopter giveaway