seriously romantic: six weeks with a lord by eve pendle 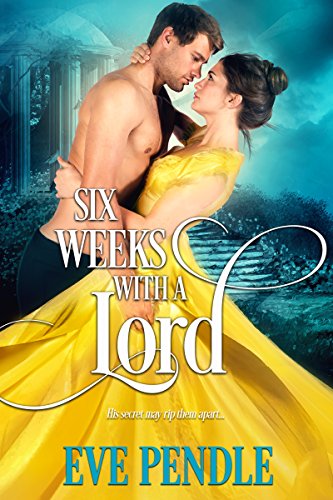 in six weeks with a lord, grace alnott needs to marry to access her fortune, and she must do so quickly to protect her young brother from the guardian her late father appointed. a man she was supposed to marry, but who she finds terrible. her father requires her to marry an aristrocrat, but her previous dealings with the lords trawling society give her a poor opinion.

but she's desperate and decides to let it be known that she's willing to marry in exchange for half her dowry, but the catch will be that once her fortune is acquired, the marriage will be annulled and she will be allowed to go off to france where she plans to raise her brother.

everett, earl of westbury is in need of a rich wife. and how delightful that the heiress looking to marry a desperate aristocrat is the one woman who catches his eye across a full ballroom. he agrees to grace's terms even as they run counter to his interests, but he also demands that she spend six weeks with him, hoping to seduce her into more than a marriage of convenience.

they have conflicting interests and the path to grace's heart is not an easy one. grace is complicated and intelligent and wary. watching the two characters come together makes for an enjoyable story.

**six weeks with a lord will publish on june 25, 2018. i received an advance reader copy courtesy of netgalley/entangled publishing (amara) in exchange for my honest review.