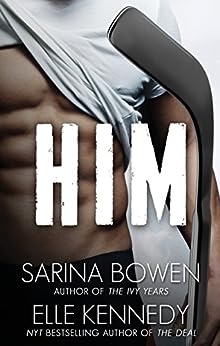 i don't read a ton of m/m romance, but i kept hearing about how good these two books were and decided to take a chance and check them out.

well, talk about a #bingeread. in him, hockey players jamie canning and ryan wesley reconnect after 4 years of no contact. the last time they were together, wes pushed at the bounds of an attraction he felt for jamie that he was certain wasn't reciprocated. after all, jamie was straight. and wes was gay. and getting your best friend drunk and giving him a blow job wasn't the best way to maintain a friendship.

except that wes cut himself out of jamie's life before he could be cut. and maybe they needed time to figure out what they needed and wanted out of life. but the truth was that jamie would have never cut himself from wes. not even if he had known wes was gay.

when they find each other, wes comes out and apologizes for his behavior. but jamie finds that he is curious. and that he doesn't think he wants to share wes. and it's strange and befuddling and right. and while wes doesn't trust that jamie feels the same way about him, there's no way he could say no to the man he's loved his whole life.

wes figures they'll have the summer. after all they've been recruited by different nhl teams. and wes is heading back to the closet until he figures out where his new team stands on acceptance. when jamie gives up his nhl shot and takes a job in the city wes is playing in they can either face things apart or together. and thank goodness wes decides that it has to be together. 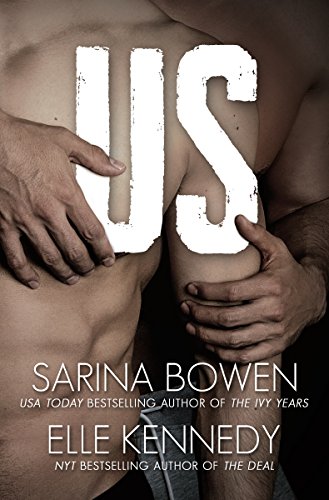 us, picks up right where him leaves off. wes and jamie are settling into their new lives and building their fledging careers. and it's not smooth going. especially not for jamie. who struggles with just about everything. the job. the fact that his boyfriend makes a ridiculous amount of money. that he never sees his boyfriend and in fact has to pretend they're not together when they're out in public, the fact that he gave up everything to be with wes and now he's not sure who he is anymore. all of this is swirling in his head.

and then he gets sick. debilitatingly sick. and his illness outs them.

and jamie doesn't know who he is anymore.

wes knows he's lost. but this is something jamie needs to figure out without him. even if it kills him to be apart from him. because everyone has always left him behind. why would he expect anything different?

but when jamie figures himself out. when he realizes how deeply he's cut at wes's heart. he will do anything, everything to fix it. and it's super dreamy. these two stories are just super romantic and swoony and sexy.