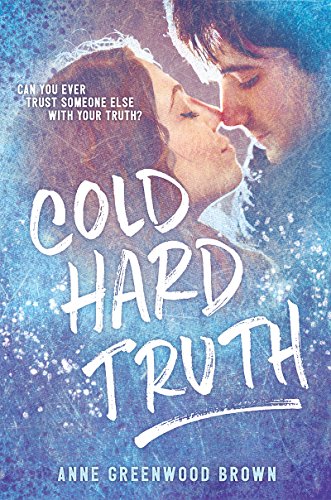 in the cold hard truth, both emmie and max have faced incredible amounts of emotional trauma for their age. emmie lost pieces of herself as a consequence of her mother's addictions and the psychological hold her manipulative drug dealer had on emmie. narcing on him proved to be an escape, but it also led her back to another kind of prison. her time isn't entirely her own. and she has to be careful who she lets in.

when she runs headlong into max her first day back in school, she dismissed him as a jock. she doesn't realize his story. the more time she spends with him, the more she realizes there are hidden depths. and he finds that being with emmie allows him to keep the anger at bay. it's also grief and guilt, but it manifests itself as anger.

being together keeps some of the demons at bay, gives them a chance to heal. and the way they find their way together is emotional and deep and heavy and sweet. i really enjoyed their story. it was rough at times, they both go through the wringer. but they might just come out of it a-ok.

**cold hard truth will publish on april 3, 2018. i received an advance reader copy courtesy of netgalley/albert whitman & company in exchange for my honest review.