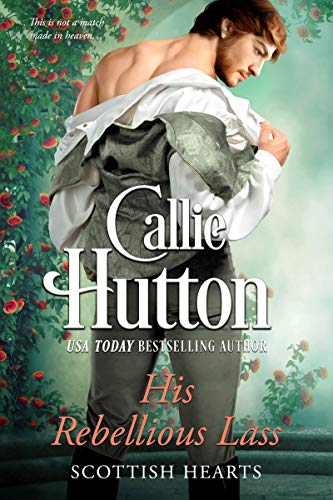 his rebellious lass finds lord duncan campbell saddled with a beautiful, recalcitrant ward. one that intrigues him and who he is desperate to marry off. lest she tempt him to break his vow to never have children of his own.

which like, dude, marriage doesn't actually mean pregnancy, but i get it, it's the regency era and that's where reproductive health is at. anyway, the reason he doesn't want to have kids is because his dad was a giant jerk and he doesn't want to turn into one. or something? like this kind of logic always boggles my mind because dude, there's a thing that's called free will and jerkiness isn't actually genetic. you could choose to be a jerk or not a jerk to your kids.

he decides to be a jerk to his ward, but like i said she's sassy and holds her own even when he's being ridiculous and irrational. and she has plans and is supposed to be all independent, but then it turns out that she needs the love of a good man to help her execute these plans because she is not very good at math and has no understanding of real estate law. like i barely understand real estate law so i'm not knocking her for that, but like it you have a plan then maybe you should have researched the plan instead of just dreaming it.

anyway this is one of those regencies where all the right tropes are there and the writing is good and i enjoyed reading it, but when i start to think about it things go off the rails for me. so like don't give this a deep read, and you should be fine.

**his rebellious lass will publish on july 8, 2019. i received an advance reader copy courtesy of netgalley/entangled publishing (amara) in exchange for my honest review.