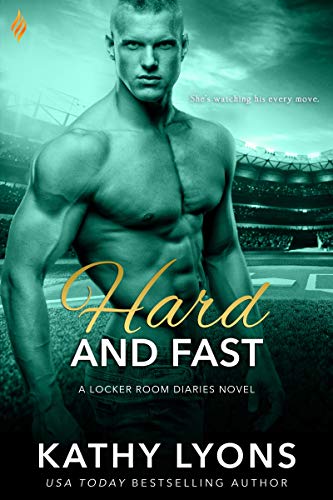 we met connor in sliding home, the veteran player of the indiana bobcats, a 27-year-old catcher with creaky knees. in hard and fast, he's got some serious family drama, his publicist sister, sophia is a huge b, and his younger sister cassie has a history of mental health problems and he is very protective of her. when the team publicist, gia, who he happened to kiss at a new year's eve party a year ago, asks to spotlight him on some interviews he is wary of the press.

he doesn't want to let people see the fissures of his family life. after years of dealing with his evil sister he doesn't think much of people trying to spin a situation. this disdain seems to reflect on gia, but what he struggles to express is that he is the one who feels unworthy. why would gia lie about him, since he is so worthless. but she hears it as, gia is a worthless liar and how could he ever love her.

once they finally figure out how to communicate things get on the right track, but this is a quick steamy read, and it's nice to see connor get his happily ever after.