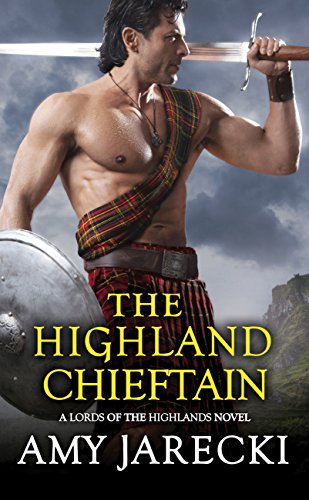 the lords of the highlands series is just going to keep going, which is amazing because i think there are so many stories to tell about these scots whose loyalties are torn up and whose cause will ultimately fail. the highland chieftain picks up threads first hinted at in the highland guardian. lady mairi mackenzie was supposed to marry her cousin reid, but he fell in love with his ward audrey, and lady mairi was basically jilted by the man she had been promised to since birth.

in the void, duncan macrae steps in to ask for her hand, but is soundly rejected. he thinks it's because mairi thinks he isn't good enough for her. but the truth is, she thinks he's only asked out of pity. she doesn't want a man to pity-marry her. she wants to be wanted. but she's been conditioned not to see it. when duncan rescues her from an attack by english soldiers, they are forced to run away.

her father decides to accuse duncan of kidnapping, and in order to evade capture and an all out clan war, lady mairi and duncan go into hiding. the forced proximity gives them the chance to finally express their true feelings—basically that they are totally in love with one another. and it's all so enjoyable as it plays out on the page.

**the highland chieftain will publish on july 31, 2018. i received an advance reader copy courtesy of netgalley/grand central publishing (forever) in exchange for my honest review.